A friend just shared this article on Facebag:

In case the article eventually disappears.. 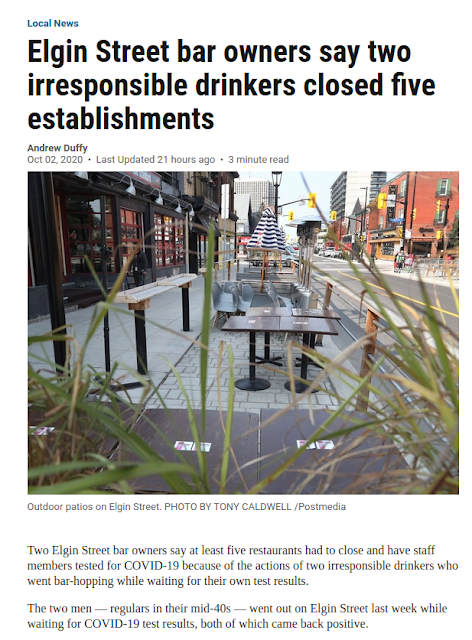 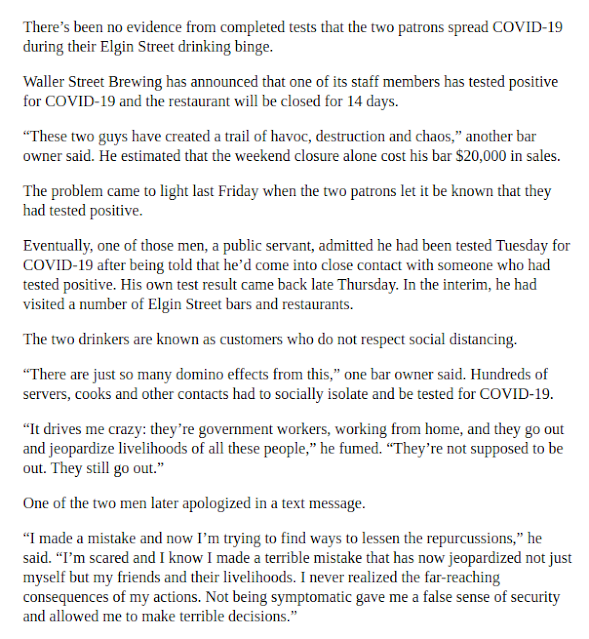 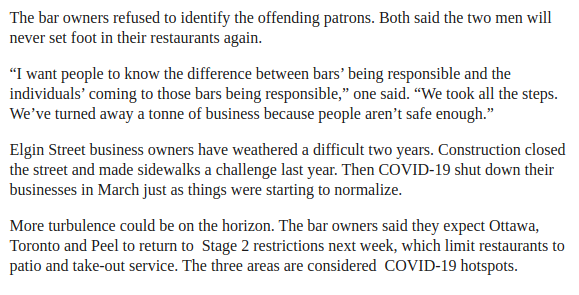 I have been out to the pub 3 times in the last 7 months.
Those 3 visits were to the Lieutenant’s Pump. I wasn't very comfortable on one of those visits, the second one, because it felt like there were a lot of idiots, and not proper social distancing, and just too many people in general.
It was a week or so after that uncomfortable visit that I went and got tested. I had better things to do with 3 1/2 hours of my day, than waiting to get a cotton bud jammed up my nose.
Thankfully I was negative, but I also had to self isolate during the days I waited for my results, leading to missing out on going to catch up with some friends I hadn't, and still haven't, seen for at least 7 months.
Even on the third visit to the Pump I didn't feel particularly comfortable, and I have pretty much given up going out at this point, for anything other than groceries.
Then you get fuckwits like these guys. They should be fined to cover the losses these places incurred, as a direct result of their completely selfish and inconsiderate actions.
There's the loss of the sales, and also the product that had to be disposed of, food, and drinks, while they are closed which expire, or need to be considered contaminated.
If these fucking idiots can't afford the fine? Jail them. If you think that's unreasonable, well we're all about to end up in our own personal jails as we head in to the second wave. A second wave that is directly caused by these selfish fuckwits.
I don't want to be stuck in my house for the rest of my life, which is what feels like is going to happen if this stupidity is allowed to continue.
These businesses will continue to suffer, because the people like me who were already on edge about going out, are now gone. It's just not worth the risk.
One of these 5 pubs had a sister pub, which I frequented almost every week for the 12 years I have lived in Ottawa, between when I moved here in the beginning of 2008, and until all this shit started in March. That pub has now closed down.
You know how I've dealt with this? I've built my own beer garden and outdoor cinema in my backyard. (But there's no blackjack, or hookers). That's where I'm going to be hanging out, socially distancing, with the responsible friends I have, in small groups.
Feel free to BYO drinks, and meat for the BBQ. We can watch a movie. You can even bring the DVD. I've got IPA to sanitise it before it goes in the DVD player.
Because It's going to be a cold day in Ottawa, er hell, before you find me back at the pub, solely thanks to selfish fuckwits like this. Fuck you guys.
Oh, and here's my backyard beer garden. I'm not sure what I'll call it. Maybe something like
"Mr Cranky's Go Fuck Yourself Beer Garden and Cinema. And Wash Your Fucking Hands".

Update:
Evidently Ottawa Health doesn't care:
Ottawa Public Health not pursuing fines against Elgin Street bar-hoppers
So there you have it.
Just go at it everyone. No one gives a shit if you knowingly go out when you know you're infected, and you don't care about infecting everyone else.
Who wants to go for a beer and cough on people this afternoon?
Or we can lick things for dibs.
Posted by Simon Quigley at 19:42